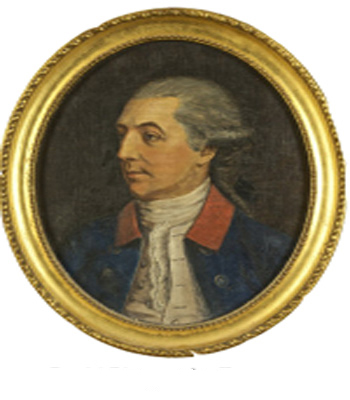 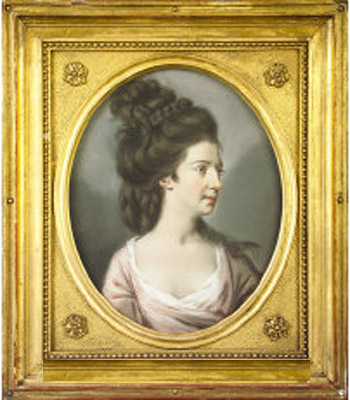 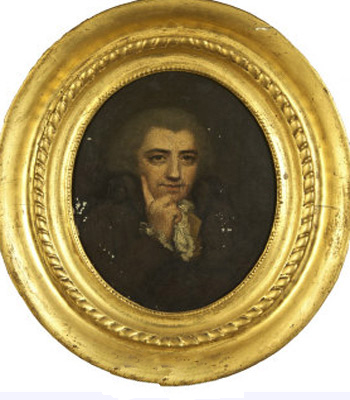 Our story opens with David Digues La Touche des Rompieres, who was born in 1671 near Blois in the Loire Valley, and whose family had embraced the Protestant faith. Following the Revocation of the Edict of Nantes in 1685, some La Touche family members fled to Holland in search of religious freedom. David soon joined them, and his uncle obtained for him a commission in General Caillemotte’s Regiment, in the army of William of Orange. In 1690, David fought in the Battle of the Boyne, but, as General Caillemotte died at this battle, the Regiment disbanded and David served in the Princess Ann of Denmark’s army and in the Liverpool Regiment. He left the army in Galway, where he was billeted on a weaver who sent him to Dublin to buy worsteds.
David decided to stay in Dublin, where with another Huguenot he set up as a manufacturer of cambric and rich silk poplins. His business also became a gathering-place for the Huguenots of Dublin, who, when they had to travel outside the capital, began to leave their money and valuables with David for safekeeping. Some of this money were advanced as loans at a reasonable interest and so the La Touche Bank came into being. In 1716, David joined forces with Nathaniel Kane, and the Kane-La Touche banking and poplin business prospered.
This was a time of urban expansion in Dublin, and David was astute enough to buy up plots of development land in the St. Stephen’s Green-Aungier St. area, the result being that he became extremely rich. He was also religious, humane and generous to the poor. In October 1745, he died within an hour after taking ill  at prayer in the Viceroy’s Chapel.
David had married Marthe Judith Biard in 1699 in Dublin and there were four children of the marriage, two sons and two daughters. Marthe died in 1713, and a year later, he married Wilhelmina, a Dutch Lady. His two sons, David and James, were educated in Holland and later joined the business.

On the death of the first David, James inherited the poplin business and David became the proprietor of the La Touche Bank. All brothers agreed that David’s family would drop the name Digues, or Digges, but that the family of Jaines would retain it. David La Touche the Second married Marie Canasaille in 1725 and five of their children survived, three sons and two daughters. Like his father, he speculated in land purchase, but outside the Capital, in Counties Dublin, Carlow, Kildare, Leitrim, Tipperary and Wicklow. It was David the Second who built Bellevue in Delgany, County Wicklow, from 1754-56, at a cost of £30,000.
David’s three sons, David the Third, John La Touche and Peter La Touche eventually became partners in the La Touche Bank. Peter inherited Bellevue on the death of David the Second in 1785, and David the Third founded the Marlay La Touches, while John was the first to live at Harristown, County Kildare.